The rich promise of biotherapy 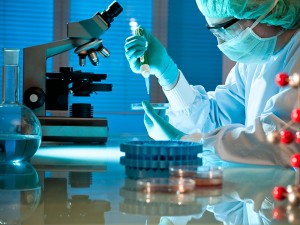 Since insulin, the first biological medical product, was marketed in the 1980s, the biopharmaceutical industry has come a long way. Biologicals have brought advances in the prevention of serious illnesses, improving the lives of countless patients. They have opened up new therapeutic horizons for increasingly customised medical treatment. A glimmer of hope in the fight against serious and sometimes fatal diseases?

Bioproduction is based on bioengineering: unlike traditional drugs derived from chemical synthesis, biologicals are produced from living cells or the products of living organisms. This is known as biosynthesis. Biological drugs present molecular characteristics that are complex in terms of size, spatial conformation and chemical formula. There are three main categories of biologicals: substitution proteins which make up for a deficit in the human body, vaccines, and therapeutic antibodies. The latter category alone accounts for almost half of all biological drugs. In 2013 more than 168 biologicals were marketed in France, 9 of which were new molecules. 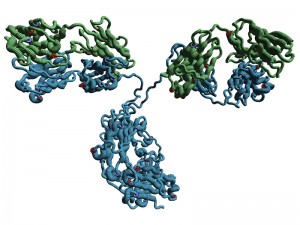 Biological medical products obtained by extracting organs or living tissueare a thing of the past: today they are produced in confined, controlled devices known as ‘bioreactors’. The aim is to avoid the risks to the environment of dispersion. Thanks to genetically modified organisms called ‘factory cells’ there is no longer any need for raw materials of human or animal origin. With this process sophisticated biologicals can be produced on an industrial scale, as is the case of vaccines and proteins, among others.

Blood products are another form of biological. Due to their human origin they are a possible source of pathogen transmission. But progress achieved in extraction and purification technologies has boosted the level of purity and quality of these produces, opening up new perspectives for these concentrates. Blood products (immunoglobulin, albumin, etc.) meet important therapeutic needs and demand for them is ever-growing.

Biologicals are particularly effective for rare diseases (4 to 6% of the population). The treatment takes account of the patient’s genetic characteristics. With the focus on the patient rather than the illness, this is a new therapeutic approach to medicine and health. The aim is no longer to observe the effects of a new treatment on the patient but to find a remedy to an identified malfunction. With more than 800 molecules in development in 2013, biological products are set to play an increasingly influential role in therapy. A highly promising future!