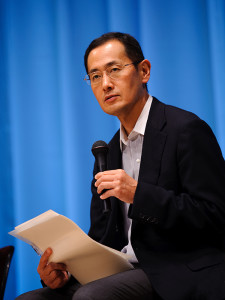 From dream to reality

In 2006, Shinya Yamanaka’s discovery stunned the scientific world and earned him the Nobel Prize in Medicine 6 years later. He found a way to reprogram any human body cells (pluripotent stem cell), called ‘induced pluripotent stem cells’, or iPS. These cells have the capacity to create every human body cell type which is something that, until that time, only embryonic stem cells could do. To achieve this, Professor Yamanaka took a combination of four genes, normally only present in stem cells, and subsequently inserted them into a mouse’s skin cells, which led to the reprogramming of skin cells into iPS cells. Scientists are now able to reprogram human cells by adding less than four genes. 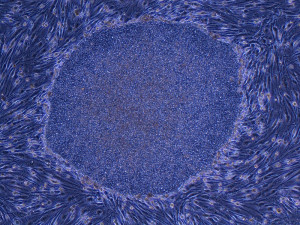 There are numerous application prospects, which include providing unlimited quantities of cells and tissues for patients suffering from incurable diseases. In Japan, clinical trials of new therapies using this technology will take place in the next few years. Treatments will be aimed at patients suffering from Parkinson’s disease, diabetes, pathologies of spinal cord injuries and heart disease. The European, Japanese and American medication regulation agencies expect to have coordinated guidelines regarding the use of iPS cells in preclinical trials by the end of 2017.