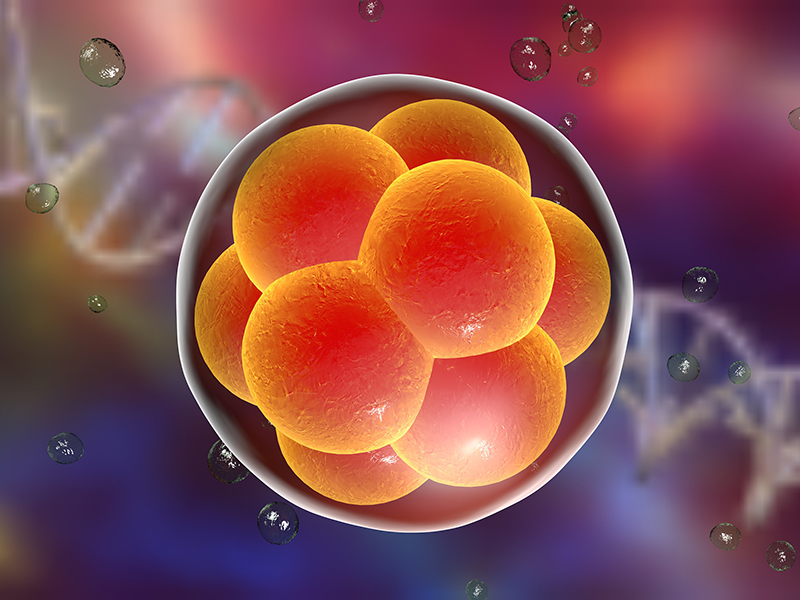 The hundreds of millions of cells that make up the human body are very diverse. Skin, blood, liver, and even nerve cells – there are no fewer than 200 different cell types. In adulthood, some cells are no longer able to divide and reproduce. This is the case for muscle, heart and even brain cells. Others, however, such as stem cells, maintain this potential.

Stem cells are present during all living beings’ first stages of development. Cell lines in human beings originate from stem cells. The very first embryonic cells are called “totipotent”, and can reproduce indefinitely creating two perfectly identical cells. They can also adapt themselves to become any type of cell. They provide the necessary environment for embryo development (the placenta and umbilical cord), and the human body’s various tissues and organs. On the fifth day of embryo development, the embryonic stem cells become ‘pluripotent.’ They begin to differentiate and adapt specially to create all the different cells of the human body.

Despite its potential in regenerated medicine, embryonic stem cell usage raises a number of moral and ethical questions in different countries. For example, in the United States and United Kingdom, legislation has authorized a large number of research techniques. In France, the Biomedicine Agency has approved study protocols with some conditions, whereas in Germany or Italy, it is completely prohibited. In 2006, Professor Yamanaka (Japan) managed to regress some adult stem cells into pluripotent stem cells. This allows scientists to advance their research without using embryos, which means the main ethical problem is bypassed. 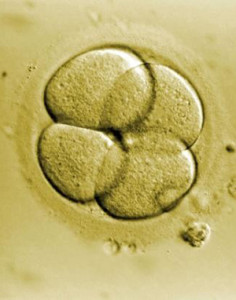 In adulthood, stem cells become ‘multipotent.’ This means that they produce a limited number of cell types, including mesenchymal stem cells (MSC) and hematopoietic stem cells (HSC). The former is rich in adipose tissue which creates, among other things, fatty, boney and cartilaginous cells. They are mainly used in clinical trials.1 HSC are located in bone marrow and are the source of blood components. They renew themselves every 120 days and play a significant role in the immune system due to the various cell types: red and white blood cells, or lymphocytes qui jouent un rôle important dans le système immunitaire. Used routinely in bone marrow transplants since the 1970s, stem cells are also employed in the treatment of some blood and immune system diseases.

Finally, there are ‘unipotent’ stem cells. They only produce one cell type as they are so involved in a differentiation process. With the ability to self-renew, they ensure that the organs (bones, cartilage, liver, skin, brain, etc.) are functioning correctly by replacing the dead cells.